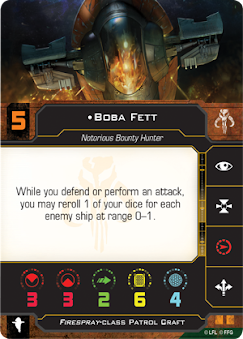 What a DAY!
We get Scenarios, we get Points, we get the fabled Ban list - and possibly most of all, we get an *entirely new way* to build lists in X-wing Miniatures "2.5"

It's still too early to use the proper list builders (although I know what heroes the developers of YASB and LaunchBay Next are, I imagine they'll catch up in the wee hours of the night) so I've been cranking on these by hand.

I have a Standard list I've been tinkering with for some time now, and seeing as how it's freshest on my mind, I wanted to do an in-depth (but brief) breakdown of updating my current sandbox list to the new 2.5 format.

For starters, all of the documentation can be found here

You get 200 points in a pool to spend on your squad. You can take a minimum of 2 ships, a maximum of 8, and every single thing you put in the squad comes out of that shared pool. So you can spend 150 pts on one ship, then the remaining 50 on the other 1+
Here's what my list looked like:

This list is all about Boba Fett being the top-tier pilot he can be, leaning heavily on Modding upgrades. The other ships are as many ultra-efficient ships as I could cram in there, that are mostly there as a distraction and/or Cutthroat fuel to reload the Concussion Bombs or Overtuned Modulators, or just trim Stress off of Boba

BUT
The new points system changes all squads to:

So, my existing squad went from 200 points on the nose to 20. Nice! Still legal!

Except not. Boba's new cost is 10 pts, but his Loadout points are 22 (new Pilot points can be found here) - Here's where the split pool comes in to play. Even with Jango's Title going down to 0, I had Boba's loadout up to 24pts, 2pts over my limit, and unlike the old method, I can't just shave points off of other ships to feed Boba's abilities

I dropped Concussion Bombs (still 4) to added 4-LOM Crew (because Boba got his Crew slot back!) for a round 22

As for the other ships, with a 10pt Boba, to round out my 10 remaining points, I could go 5/5, 5/3/2, or stick with what I had originally at 4/4/2. The ships I already had were 4/4/2, I just had more room for upgrades. It's also not listed on the available slots in the Pilot points sheet, but my assumption is that Scyk fighters will keep that flex slot they can fill with a Missile, Cannon or Torpedo

Ahhav threw me, he's 2/0, so no loadout options

That right out of the gate leaves me with a far more dangerous squad - adding Cannons to both Scyks, and the additional Shield for each, is no joke. While I lost Predator on Ahhav and Bombs on Boba, this is still a pretty major upgrade.

I took another look at the Pilots list, and noticed some major, major changes to pilots all over the place. Not only did Boba get his Crew back, but dozens of pilots got slots shifted, with many getting access to multiples, like the new 2x Talent slots on Fenn Rau.

So I wanted to see what else I could build, and while I was at it it hit me that most of the upgrades I had on Boba were to compensate for the loss of Maul...  So why not start with Maul?

And there's my new 2.5 tester squad. Still 3x semi-filler ships for grabbing Objectives and making noise, but just *look* at what you can do with Serissu!

My one outstanding question is do you give up points for unspent loadout points as well as unspent squad points?

I'll have to test and see if Maul really is the equivalent of all of those other upgrades, if I want Bombs instead of Hull Upgrade, and if I want to tinker with Ion Cannon on Serissu or Cluster Missiles on Proach, but this build really neatly illustrations how underused pilots have dramatically changed with the new building options, while other reliably powerful ones have had their wings clipped just a tiny bit.

The addition of loadout points is also another lever that can be pulled to balance ships/pilots as needed for the health of the game, and already you can definitely see that the willingness to give different points/slots to different pilots of the same chassis makes for (potentially) very thematic list building.

*As a note on scoring, Deficit Scoring is still in place - meaning any points under 20 you build your list to are free points to your opponent.
For example, say you take 3x 6pt ships for a total of 18 of your 20 Squad Points. In that case at the start of every match your opponents would start the game with 2pts. But, it's important to note that this only applies to your 20 Squad Points, not loadout points, so you can build ships with, say 10 out of 11 possible and it won't ding your score

With the absolute mountain of new cards coming hot on the heels of this release from the Gauntlet, Razorcrest and card pack, I hadn't expected THIS level of a wild west list building landscape from "just" a points release. 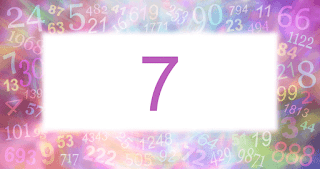 Warhammer 40k 7th Edition Changes: Latest and What we Know

This post is a compilation of all the changes I've noted (so far) between 6th and 7th Edition. The hope is to soften the transition for players who haven't gotten up the gumption yet to switch over. I am actively making changes as I find new differences between the two editions. Ok! I have removed all of my previous posts on Rumors for 7th edition.

A Beginner's Guide to Warhammer 40k

Hello Folks! So, recently I've been helping a lot of friends go through the process of getting into/getting back into playing Warhammer. I've found myself providing information from different places to different people, and it's been really fun! But, I also figured that since I've been practicing and gathering the resources already, why not put it all together for beginners out there? That said, if you're ready to go down the rabbit hole, here goes! Let's start with the obvious-